HTC today announced two new VR accessories: a consumer version of its face-tracker and a new version of the Vive Tracker which is said to bring a large jump in battery life alongside being smaller. Both accessories are priced at $130 and will launch in the US starting on March 24th. The company says the Vive Facial Tracker uses dual cameras running at 60Hz to track “38 facial movements across the lips, jaw, teeth, tongue, chin, and cheeks.” The unit includes an IR illuminator to ensure the area around the user’s mouth stays well lit for the computer-vision tracking to stay at peak performance in any lighting conditions. HTC claims 6ms of latency for the Facial Tracker. The company revealed two videos of the Vive Facial Tracker in action, though admittedly they don’t do a great job of showing off the unit’s accuracy—granted, it looks like this may be the result of poor 3D model rigging more than the Facial Tracker itself.

We won’t have to wait for long to see for ourselves how the unit performs: the Vive Facial Tracker is set to launch on March 24th for $130. HTC is also announcing a new version of the Vive Tracker. The company says it is 33% smaller than its predecessor and has 75% more battery life, offering up to seven hours on a single charge.

Functionally, the Vive Tracker 3.0 is the same as the previous model, supporting SteamVR Tracking 1.0 and 2.0. It is also backwards compatible with the same pogo pin and mounting layout, which uses a standard 1/4 tripod screw.

As the only commercially available SteamVR Tracking tracker available, the Vive Tracker has become the de facto standard over the years for tracking additional accessories or limbs inside of VR; some users are even using them to breakdance in VR. However, the Vive Tracker is expected to see some competition later this year.

While weight and size have gone down, unfortunately price is going up. The Vive Tracker 3.0 is priced at $130 (compared to $100 for the 2.0 version) and due to launch on March 24th. 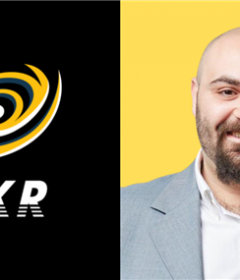 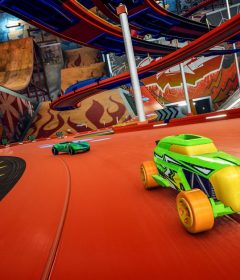