Google today released Semantic Reactor, a Google Sheets add-on for experimenting with natural language models. The tech giant describes it as a demonstration of how natural language understanding (NLU) can be used with pre-trained, generic AI models, and a means to dispel intimidation around using machine learning.

“Companies are using NLU to create digital personal assistants, customer service bots, and semantic search engines for reviews, forums and the news,” wrote Google AI researchers Ben Pietrzak, Steve Pucci, and Aaron Cohen in a blog post. “However, the perception that using NLU and machine learning is costly and time-consuming prevents a lot of potential users from exploring its benefits.”

Semantic Reactor, then, which is currently a whitelisted experiment in the Google Cloud AI Workshop, allows users to sort lines of text in a sheet using a range of AI models. (Testing it requires filling out a form and awaiting emailed instructions about how to install it.) It offers ranking methods that determine how lists will be sorted based on input text, including:

Beyond ranking lists, Semantic Reactor can help write dialog for a chatbot, like a customer service chatbot, using semantic similarity. Specifically, it can quickly add new question/answer pairs and test different phrasings, enabling developers to see how the model reacts to them. 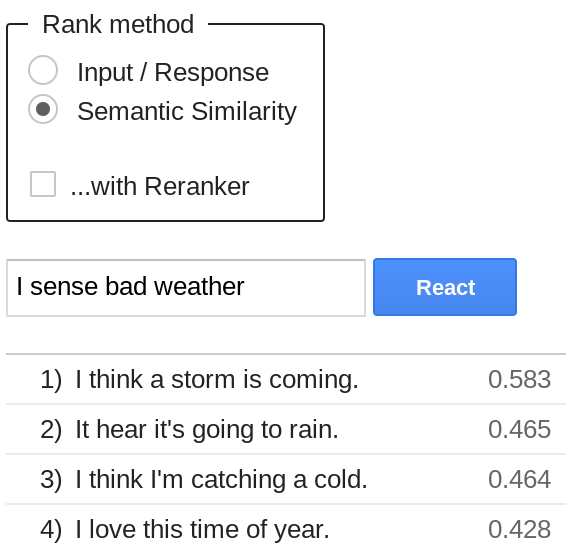 Semantic Reactor can also search through text using input-response, meaning it can examine a list of potential responses and rank each according to which the model thinks is the most likely. In input-response mode, the model predicts the most conversational response to an input, and in semantic similarity mode, it returns the answer that’s semantically closest to the input. 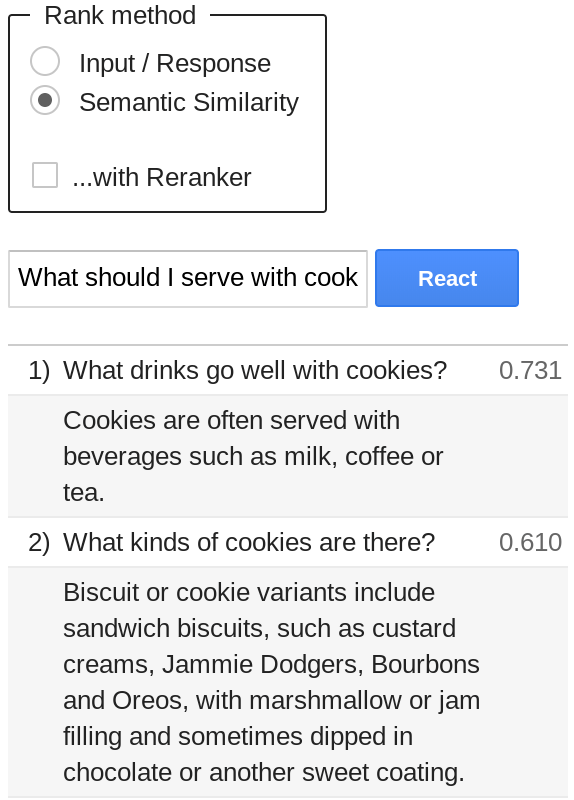 Alongside Semantic Reactor, Google published the Universal Sentence Encoder Lite, a model on TensorFlow Hub that’s only 1.6MB in size and tailored to website and on-device apps. It also open-sourced a game — The Mystery of the Three Bots — on GitHub to show how a small model and a data set created with Semantic Reactor might be used to drive conversations with game characters. 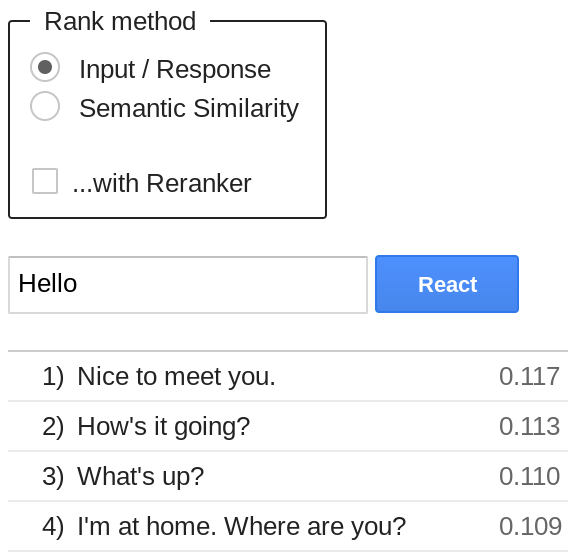 Semantic Reactor to some extent complements Google’s AutoML Natural Language, an extension of its Cloud AutoML machine learning platform to the natural language processing domain. It launched publicly last December, and it supports for tasks like classification, sentiment analysis, and entity extraction, as well as a range of file formats including native and scanned PDFs.