It’s safe to say G2 Esports is back at the top of the Rocket League Championship Series (RLCS). That much was already clear when they finished top 2 in the league, but they’ve slammed it home after winning the entire region and being crowned North American RLCS champions over Spacestation Gaming. After a disastrous season 8 where they finished dead last, G2 managed to pull it back together in season 9. 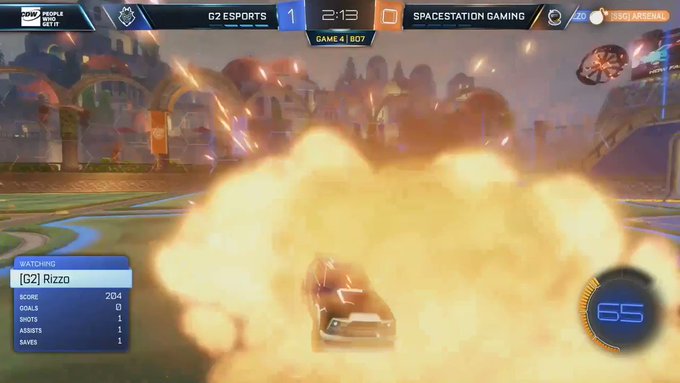 Last season of RLCS, G2 looked like a team ready to disband. Things didn’t click, teammates didn’t trust each other, and every game they were shakier than a hula girl antenna on wasteland. This season they turned it around by buckling up together in a team house in New York.

They had looked strong throughout the season and many considered them favorites. Where they were once part of “the big 3,” after last season only NRG remained at the top — until now. After losing in the World Championship Grand Final in season 7, G2 looked like they had their best chance to take the World Championship title home in RLCS9. Unfortunately, we’ll never know how that would have turned out.

G2 went into the regional championships after coming second in the league with a 6-3 record. Third and fourth place finishers Soniqs and NRG had the same record, but with a worse game-win differential. And as it turned out, those two would battle it out in the playoffs for a spot to fight G2 in the semi-final. NRG made quick work of Soniqs with a 4-0 sweep and moved on in an attempt to keep G2 from the grand final.

It was a hard-fought battle between last season’s RLCS world champions and relegation candidates. With games going back and forth, the full seven games were required to determine a winner, but ultimately it was G2 with a convincing 3-0 win in the final game to move on to the grand final, where they would face the ever-impressive first-place league finisher SpaceStation Gaming.

Spacestation Gaming is an amazing newcomer to the RLCS. Last season they had their first season and immediately qualified for the world championships. This season, SSG finished first in the league with an 8-1 record. This grand final was surely going to be an epic battle of the ages between a strong new kid on the block and a titan looking for redemption.

Yet G2 destroyed SSG, winning 4-0. They overwhelmed and dismantled SSG.

G2 pocket close to $100,000 for the season and show no sign of stopping. The teams hoping to earn some extra pocket money with the recently announced Spring Series have their work cut out for them because G2 is back in an intimidating way.