There’s no shortage of gaming events that are helping raise money to stem the tide of the coronavirus these days, so it only makes sense that esports and entertainment organization FaZe Clan has started its own tournament to raise money for charity.

The event in question, a Call Of Duty: Warzone tournament called Fight 2 Fund, began last Monday. The tournament involved 16 teams of three all fighting it out for Battle Royale supremacy in the newly-released Modern Warfare combat arena. 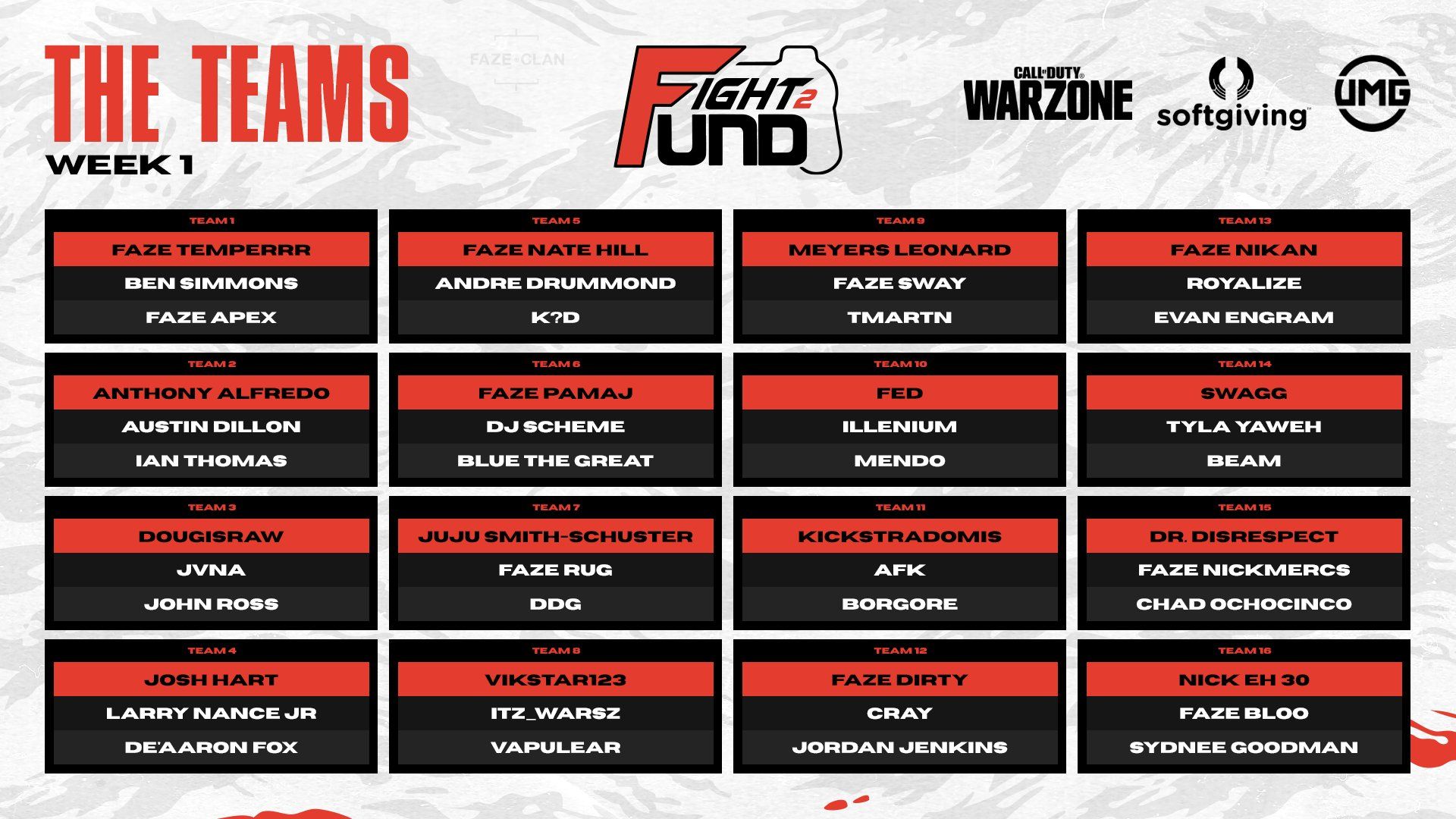 In the end, it was team 8 that won the tournament, with players VIkstar123, Itz_WarsZ, and Vapulear coming out with the top prize in the first week’s competition.

The first week’s game ended up raising almost $50,000 for the charities Age UK and Save the Children.

However, there are plenty more charity weeks to come, and the week 2 tournament is starting at 12 p.m. Pacific time on Monday, March 23. FaZe Clan has asked Twitter to choose which players they want to see in the second round of the tournament by tagging them with the hashtag #FaZeUp.

In a time when entire cities, states and countries are being forced to stay inside, games are helping people come together figuratively, if not literally.

The tournament is just one of many ways that the gaming community has come together in an attempt to raise money and support those who are under quarantine during the spread of the pandemic. The Warzone From Home tournament has also raised money for charity, as did Atlanta Reign’s Dogman after reaching his subscription goal and shaving his head.

Developers have also been keen to help out those who have been stuck at home — Pokémon GO, for instance, has offered raid alternatives that don’t require players to leave their homes, and the Browser-Based AirConsole has offered up all its games for free to help quarantined gamers pass the time.

There’s even a way to help research the coronavirus by playing a game, in the case of the puzzle game Foldit.