CD Projekt Red already delivered one of the best fantasy RPGs of this generation in The Witcher 3, and soon we’ll see if the Polish studio can close out this console generation in style with sci-fi RPG Cyberpunk 2077. Though initially scheduled to launch back in April, CD Projekt Red pushed the much-anticipated open-world adventure back to September 17. While you’ll have to wait longer than expected to officially start your journey in Night City, you won’t have to wait as long for a lot of the official Cyberpunk 2077 merch.

Because so many Cyberpunk products have been announced , we’ve rounded up all of the items you can pre-order and purchase now. From Funko Pops and action figures to compendiums and strategy guides, there are plenty of Cyberpunk 2077 collectibles in the pipeline. And yes, Keanu Reeves has made his presence known in the merch, too. There’s also an incredible-looking Xbox One X console, Xbox One controller, hard drive, headset, and more Xbox One accessories. Multiple versions of the game are also being released, including a lavish Cyberpunk 2077 collector’s edition, which is currently out of stock but may become available again before launch. Make sure to check out our Cyberpunk 2077 pre-order guide for all the details you need to know before pre-ordering.

Possibly the last special edition Xbox One X, this Cyberpunk 2077-themed console sure is a beauty. With custom paneling that looks appropriately like something you’d find in Night City, the Cyberpunk 2077 bundle stands out more than the average limited-edition Xbox One X. It also comes with a matching silver and black controller and a digital copy of the game. Unfortunately, it’s currently sold out. It was 100 bucks off during Xbox’s Deals Unlocked sale, but those units went quickly. Still, with months left before release, it’s definitely possible that the bundle will come back in stock again.

You can also purchase the slick Cyberpunk 2077 Xbox One controller separately for $75. The silver and black gamepad has graffiti and custom etching that gives it a rugged look out of the box.

If you pick up the limited-edition controller, Microsoft has a perfect accessory to complement it with. A new Cyberpunk-themed charging stand with the same panel design seen on the Xbox One X console is available to pre-order for $50.

Popular gaming accessories manufacturer SteelSeries is releasing a pair of Cyberpunk-themed Arctis 1 wireless headsets for $110 each: the Johnny Silverhand edition (shown above) and the Netrunner edition. The Arctis 1 is a great wireless headset featuring a steel-reinforced band, detachable noise-canceling mic, and 2.4GHz lossless (and super low latency) wireless. You can also customize the headset with booster packs for $35.

While we don’t know the file size for Cyberpunk 2077 just yet, you can expect it to eat up a lot of space. If you’re looking to expand your Xbox One’s storage, Seagate is releasing a limited-edition game drive. The front is modeled after the special edition Xbox One X, while the back is black with graffiti and the game’s logo. The external drive will be sold in two sizes, 2TB for $90 and 5TB for $150.

One of the best sources of Cyberpunk merch is the $250 Collector’s Edition. Yes, it’s pricey, but it comes with a ton of Cyberpunk 2077 goodies. Here’s what you get:

We’re including links to all three retailers because there’s a chance Amazon, Best Buy, and GameStop could get more allotment before Cyberpunk 2077’s launch.

Those who pre-order the standard edition will get a handful of bonuses as well, including Night City postcards, a world map, a world compendium, and stickers. Additionally, you’ll get a few bonus digital items: an art booklet, sourcebook, soundtrack, and desktop and mobile wallpapers.

PowerUp Rewards members who pre-order at GameStop will also get an exclusive Samurai medallion, shown below. Amazon and Walmart currently have the best standard edition deals, as both are selling Cyberpunk 2077 for $10 off.

Night City figures to be a metropolitan city filled with tons of activities to complete. If you don’t want to miss anything, you may be interested in the official guide. There are two guides available to pre-order, both of which release the same day as the game. The Collector’s Edition guide ($36) is hardcover and comes with 32 pages of bonus content. You can get the standard edition guide for roughly half the price ($20).

The World of Cyberpunk 2077

From what we’ve seen so far, Night City is a captivating place, lovingly brought to life by the talented team at CD Projekt Red. If you’re as mesmerized by the world as us, The World of Cyberpunk 2077 is probably right up your alley. Made in collaboration with Dark Horse, The World of Cyberpunk 2077 includes a detailed history of the world and the characters that inhabit it. There are two versions available to pre-order, and Amazon has them listed for July 14.

The 192-page standard edition hardcover is available to pre-order for $36. If you want a collector’s item, the $90 (was $100) Deluxe Edition comes with a Night City map cover, slipcase with Night City graffiti, temporary tattoos, Johnny Silverhand poster, and four vehicle postcards.

Cyberpunk 2077 is getting its own lineup of Funko Pops. Two of the four Pops are modeled after Keanu Reeves’ character Johnny Silverhand, while the other two are male and female versions of protagonist V. GameStop will also have a glow-in-the-dark version of male V. They are expected to launch on September 9.

For $32, you can get a statue of Keanu Reeves cosplaying as a rocker, yelling at you at the top of his lungs. This 12-inch Johnny Silverhand statue from McFarlane Toys has more personality than action figure Johnny Silverhand. It’s out now and is 20% off at Amazon.

Cyberpunk 2077 will also get a trio of Totaku collectible figurines celebrating Johnny Silverhand, female V, and male V. The designs are based off of looks and outfits we’ve seen in trailers and gameplay videos thus far. Each figurine costs $13 and is expected to release September 1. GameStop is currently taking pre-orders for all three.

Admittedly, this is a weird statue. It’s simply a 1/4 scale replica of Johnny Silverhand’s bionic arm. However, it looks pretty nice and comes with a stand emblazoned with the Cyberpunk logo. GameStop is the only retailer carrying this $60 statue, and it’s expected to release September 1. Sadly, it’s currently sold out, and it’s unclear whether more will be made available ahead of launch. 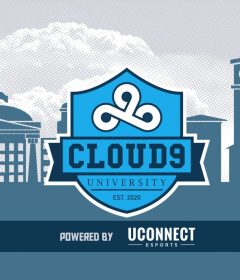