Atlanta FaZe took home the first Major of the 2021 season.

Last night the first Major of the 2021 Call of Duty League season concluded. We started with all 12 teams, and were left with just Atlanta FaZe, Dallas Empire and the New York Subliners on Championship Sunday. Domination was the name of the game however, with two 3-0’s from FaZe against Dallas, and Dallas against New York, putting them in a Grand Finals rematch. FaZe were too strong, and took the series 5-2. Here’s how they won Major 1.

FaZe are currently 8-0 for the 2021 Season, and they look a mile ahead of any other team. Their 5-0 start in the group stage saw them secure a spot in Winners Round 2 for the Major, allowing them to win the tournament in just three series.

Their first matchup against the Los Angeles Guerrillas was over before it had even started. FaZe closed out a quick 3-0 and moved on to the real challenge, Dallas Empire. However, this Winners Finals matchup proved to be more one sided than first thought. FaZe dominated, winning 3-0 and convincingly. They faced Dallas Empire once again in the Grand Finals. And they closed it out 5-2 with extremely dominant displays in the Search and Destroy.

Dallas Empire’s two map wins came in a dominant fashion also, so we assume that these were their map picks. With no 1-0 advantage for the Winners Bracket team, they get an exceptional veto advantage instead, allowing Dallas to only pick two maps in the whole series.

Currently undefeated, any team in FaZe’s group for Stage 2 will be worried. Stage 2 begins on March 18 with the Toronto Ultra Home Series. 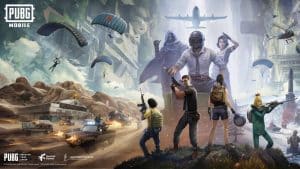 Find out who’s heading to the FNCS Chapter 2 – Season 5 Finals. The stage

Find out everything you need to know about NickEh30’s Creator Cup. Fortnite Battle Royale content

Dota 2: The Worst Heroes In The EU DPC Upper Division