Home » Games » Call of Duty League: Will Atlanta FaZe Go Back to Back?

Call of Duty League: Will Atlanta FaZe Go Back to Back?

Will the Atlanta FaZe repeat in Los Angeles?

With the Los Angeles homestand approaching, we thought we’d take a look at the field of competitors and see if any team has a shot at upsetting the flourishing FaZe team.

Eight teams will be in attendance at the Los Angeles homestand. The two home teams, OGLA and the LA Guerrillas. Also traveling to LA will be the Florida Mutineers, Dallas Empire, Minnesota Røkkr, New York Subliners, Seattle Surge, and of course, the Atlanta FaZe.

Let’s start with the teams that almost certainly will be no competition for Atlanta. The chances that Seattle, New York, or either LA team put up a fight are slim to none. Three of these four rosters have made major roster changes ahead of Week Four in LA. The fourth, OGLA, has yet to win a single series in the CDL. These teams are struggling and most have makeshift rosters with little team chemistry and practice time together.

The Guerrillas are a completely different team since their last appearance. They have benched three of their five starters in favor of amateur players and a substitute. New York has been involved in drama. The Father of Subliners substitute, Censor, made a post on Instagram slandering and criticizing the entire New York roster. He ended the post by claiming that Censor should be starting. Censor came out and apologized for his father’s actions but the damage had been done. 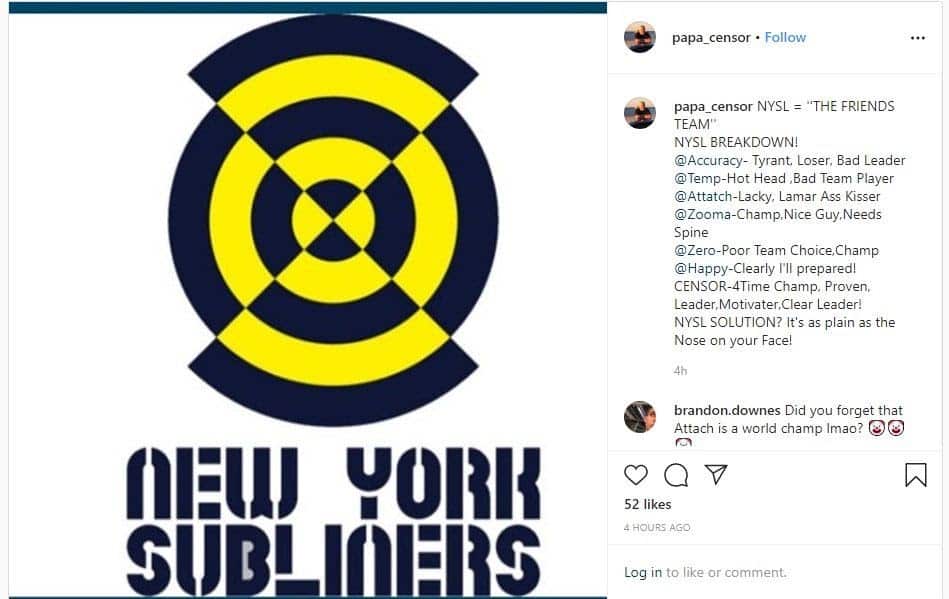 The other two teams, Seattle and OGLA, seem to be a little more structured as an org but the results show otherwise. Seattle has 10 CDL points and OpTic has 0. Both rosters are loaded with individual talent, but just are not meshing well as a team. There is upset potential here, but as things stand, the chances of either of these teams making a run at this point in the season are quite low.

Now, here is our case for the three teams that have the most potential in terms of possibly taking down the undefeated FaZe.

The Empire faced off against FaZe only once this season. On Launch Weekend, Atlanta easily swept Dallas 3-0. That was almost two months ago. Since then, Dallas has shown tremendous improvement as a team. They had a bye in Week Three, giving them an extra two weeks of preparation and a chance to study the Atlanta VODs. With the Empire’s veteran leadership, an upset could be in the works.

Florida turned a lot of heads in Atlanta. They won three straight matches — including a win over Chicago — to earn a spot in the Grand Finals. Unfortunately for the Mutineers, FaZe was prepared to defend their homestand and put an end to their Cinderella run.

Florida Mutineers star, Prestinni, claimed that he “ran out of gas” in the final series. This weekend, the team has had additional time to prepare and analyze what went wrong against FaZe in Atlanta. Also, Florida will face FaZe for the first match of LA. This means that even with a loss, Florida may have a chance to redeem themselves later on in the tournament. This set of variables creates a perfect recipe for a potential upset.

Last but not least, we have the Røkkr. Minnesota has been the closest team by far to beating FaZe. They went up 2-0 on FaZe in Atlanta before falling victim to a reverse sweep. Minnesota has a roster capable of keeping up with this extremely fast-paced Atlanta team. There is an argument to be made that the pressure of playing Atlanta with the crowd behind them got into the Minnesota team’s heads. In a more neutral arena, the Røkkr could come out feeling confident. If they almost beat them in their home court, why can’t they beat them in LA? The Minnesota Røkkr are our favorites to upset the Atlanta FaZe in Los Angeles.