The teasers have seemingly begun for the new Town Takeover event in Apex Legends. Data-miners originally found evidence for a Town Takeover in the files that stated hints for the event would start today, March 31. Well, while not an official teaser, it appears the leaks were correct on multiple accounts. Currently, the World’s Edge map holds a dead Prowler, a Titanfall beast which we covered yesterday. When you approach the Prowler, a flock of ravens flies away, signaling that the tracking legend Bloodhound is involved in some way.

What does the Prowler mean in Apex Legends?

The Bloodhound Town Takeover seems inevitable at this point. Leaks point to it, as does this new teaser on the World’s Edge map. We don’t know any further details, but we can make a couple of educated guesses as to the location of the event.

Town Takeovers traditionally occur in areas of the Apex Legends map where not a lot goes on. For example, the Mirage Voyage is located on the far western side of World’s Edge, near no other POIs. It seems reasonable to expect that Bloodhound’s location will follow suit.

This is backed up by the fact that a dead Prowler was found in a desolate part of World’s Edge. Apex Legends YouTuber TheGamingMerchant was the first to discover the Prowler. 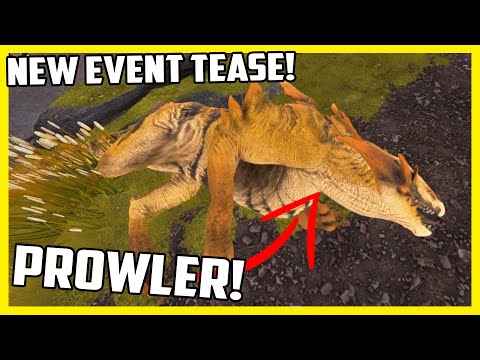 While we can’t be sure what this means, it almost certainly signifies that Bloodhound’s Town Takeover is imminent. TheGamingMerchant speculates that, based on previous Town Takeovers, we could see the event arrive in the next week or so. The location for the Takeover will most likely take place near where the Prowler is lying, which is near Skyhook in the northwest part of World’s Edge.

As for the Takeover’s design, we can’t be as confident. However, it will likely match Bloodhound’s creepy and mysterious nature and contain Prowlers in some fashion.

We’ll be sure to keep you updated on any further developments here at Daily Esports.