Home » Games » Another early elimination for Vici Gaming, while Sparking Arrow join them

Elimination day was on hand at the China Dota2 Pro Cup
Season 2 as three teams would have their tournament lives ended by the end of
today’s series – leaving only three in the event.

Opening the day at the China Dota2 Pro Cup Season 2
elimination day we’d see Vici Gaming and PSG.LGD going head-to-head in what was
expected to be an epic series. While LGD struggled in the latter parts of the
group stage, losing to VG too, they were on the back of a fantastic victory at
the CDA-FDC Professional Championship and hoping to make a lower bracket run
through to another title.

While VG have had the upper hand previously, today we witnessed
LGD playing on a new level, destroying their opponents in two quick games. Although
the first game saw VG holding a solid lead in the early period, after the
13-minute mark, they would not find a single kill and by 28-minutes they would
have to call GG. The next game would just be an unstoppable LGD which never
allowed VG any space around the map, suffocating and killing their tournament
lives.

This brings Vici Gaming’s tournament to an early end, much
like their early elimination from the CDA-FDC Pro Championships. Unfortunately,
this is also a terrible way to celebrate Zeng “Ori” Jiaoyang’s record breaking
1081 games played under the organisation’s banner – as he breaks the record
previously held by Lu “Fenrir” Chao, who spent around 5 years playing with VG
in total.

The second series of the day would see Elephant taking on
Sparking Arrow Gaming – with a loss for Elephant meaning that they would be
eliminated at the same spot as they did in the CDA-FDC Pro Championship. SAG managed
to steal away the famed Zhang “Eurus” Chengjun Drow Ranger but Elephant were
more than prepared to play around that. With almost a kill-per-minute, Elephant
ended game one with a 32-13 score as they took the series lead.

While game two was far better for SAG as they fought valiantly
to get ahead in the kill score, there was absolutely nothing they could do to
quelle the Elephant onslaught. As Elephant breached the high ground, they
claimed the kill lead again and as mega creeps were about to batter their
buildings, the series was over. Unfortunately for SAG, they would find themselves
eliminated from the China Dota2 Pro Cup Season 2, while Elephant will now face
PSG.LGD later today in another elimination series. 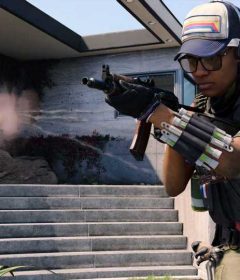 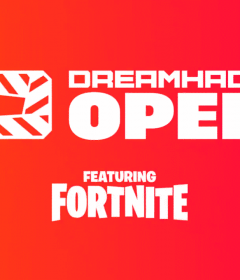